National Grid is one of the largest energy companies in the world, delivering electricity and natural gas to millions of customers in Massachusetts, New York, and Rhode Island. For the past 25 years, National Grid has produced creative community outreach programs that build upon customers’ interest in sustainability, efficiency, and protecting the environment.

Challenge: National Grid wanted to build awareness of its energy-efficiency program offerings among residential customers, as well as support broader marketing goals, including its “Here with you. Here for you,” brand promise. The utility asked Cadmus to develop a campaign that would engage the community, educate customers on the benefits of energy-efficient equipment and practices, and improve awareness of National Grid’s efficiency programs.

Solution: Cadmus, along with its agency partners Match Drive and wedü, developed a grassroots-style campaign to engage a diverse customer base, educate the community, and encourage energy efficiency through awareness of the utility’s programs. Tapping into a resource synonymous with community information-sharing—the local, public library—as a campaign partner and resource, Cadmus developed a unique campaign initiative that rallied the community and engaged customers in National Grid’s programs.

The Light Up Your Library Community Tour brought together nine local Massachusetts and Rhode Island libraries through a month-long series of energy-efficiency events, energy-saving light bulb fundraisers, and a contest to win an ENERGY STAR® lighting makeover. Specific components of the campaign included:

Cadmus ran a variety of paid media placements to support the entire campaign, including Facebook ads, banner ads, radio spots, and print ads. To create awareness of the overall campaign and events, we supplemented the paid advertisements with direct outreach, including press releases, media alerts, community calendar lists, and media liaison services for the libraries.

After the contest’s finale, the winning libraries from each state received their makeovers, a Radio Disney celebration event, and congratulatory print insertions and billboards. See Light Up Your Library for yourself in this compilation video.

Posts on National Grid’s social media accounts, like these, built and sustained excitement around the campaign. 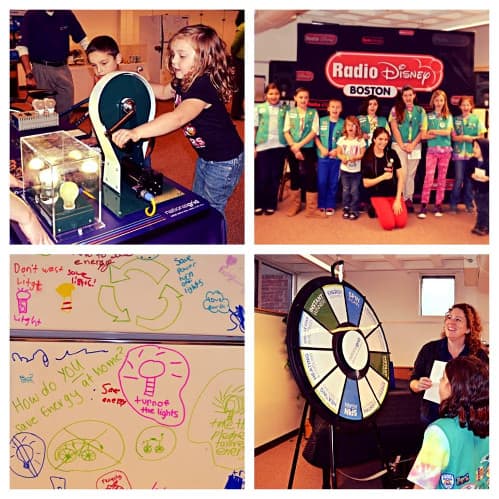